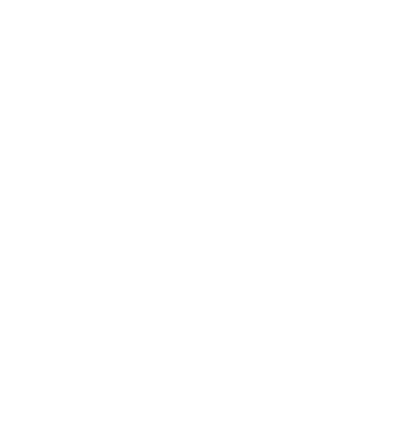 There are many maps of building ages, and I also got interested in designing something similar for one of the Russian cities. The choice was not difficult because Kazan became my second home during my studies there.

Unfortunately, not every Russian city has an open spatial database with unified information on construction years, architects and styles; therefore, the project required searching and integrating data by pieces from different sources.

Firstly, the geometry of 74.353 objects was obtained using the QGIS plugin - QuickOSM. Each object did not necessarily describe an entire building, it could represent several parts of a single one (the main part of the building, annexes, warehouses). All these parts of a single building had the same address. Therefore, the terms "object" and "building" have slightly different meanings further in the text. 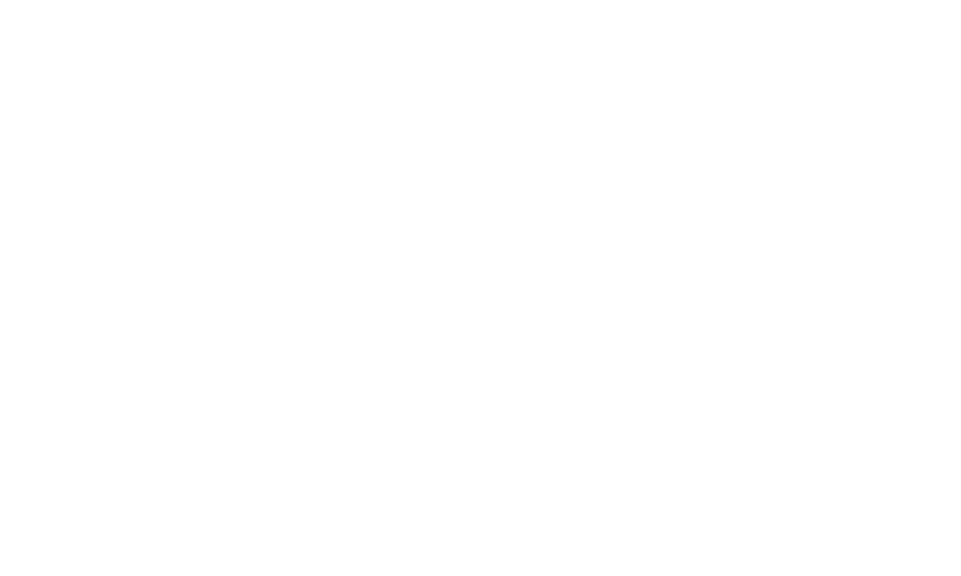 The first data source was the Kazan Housing Fund, providing сonstruction and operation dates of about 5.000 buildings. If there was no construction year, the building was assigned with the operation year. As the data covered only 5.000 out of 75.000 OSM objects, it was necessary to look for other data sources.

The cadastral building passports could be another data source, as they often contain years of construction. The public cadastral map showed that the construction year is indicated for most of the buildings. Thus, using the Rossreestr API requests, we received a table with 155.000 rows. It is important to remember that cadastral objects do not always refer to the whole building and can describe different parts of the same building or an area with several buildings. After filtering the data and leaving only those buildings with an address, year of construction, and fully completed buildings, only 95.000 objects remained. This data source also provided object names, while construction and operations years were used similarly to the Housing Fund (when there was no construction year, the building was assigned with its operation year).

The Ministry of Culture's open data shared information about cultural heritage objects. These objects are usually the most attractive to check on a map. A total of 551 objects with construction dates were extracted for Kazan (not only buildings but also monuments, streets, etc.). The objects also kept names and addresses for further processing.

All the data did not have a spatial reference; consequently, it needed to be geocoded to be shown on the map.
GEOCODING
Since all the filtered objects had addresses, all three datasets were spatially referenced using a geocoding service and Python. Based on their location matching with OSM objects, referenced objects joined construction and operation years, names, and other attributes from the unreferenced layer.

Unfortunately, many addresses were not accurate enough, or they did not spatially coincide with the OSM objects at the later stage; therefore, quite a large part of the objects was lost. Additionally, there were duplicates in the data representing different ages for a single building. Perhaps, Rossreestr keeps construction dates of each new building constructed at the same address (location), although previous ones were already demolished. As the automated algorithm kept only the oldest years, which worked well for most of the data, duplicates' mistakes were left for a manual fix.

Discarding objects outside of Kazan and attaching all the necessary attributes to the OSM layer, there were: 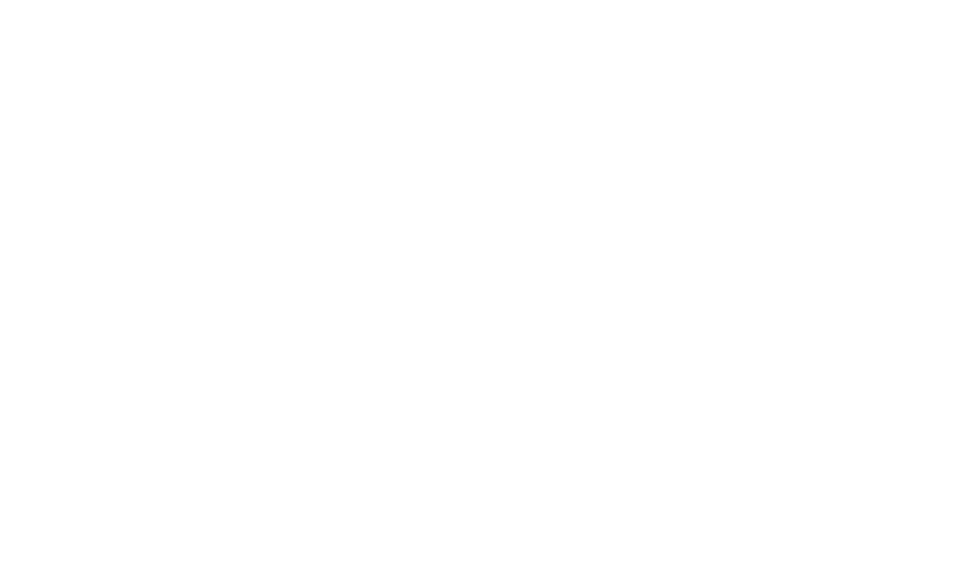 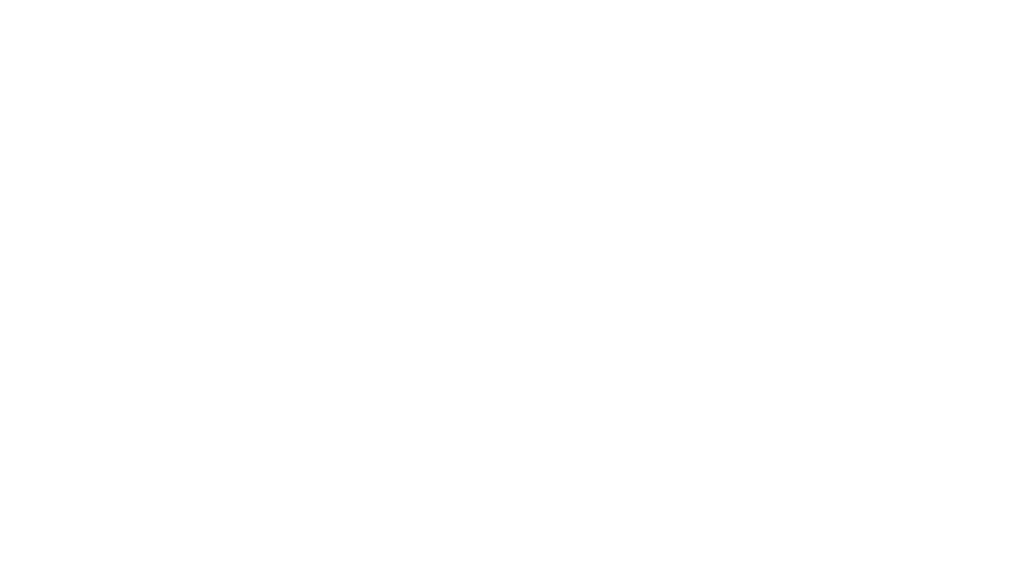 From the Ministry of Culture's open data: 72 objects 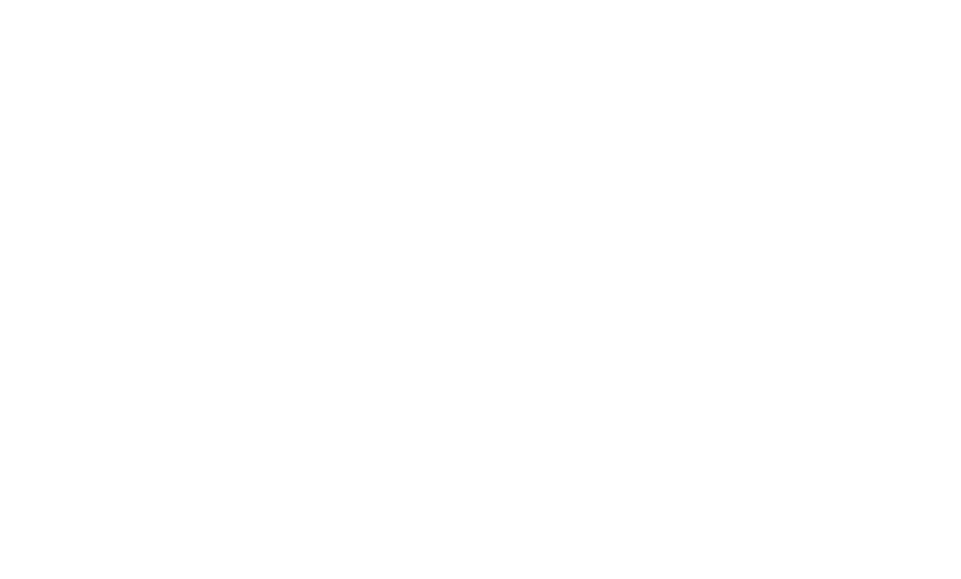 Some objects from different sources overlapped; therefore, we set layer priorities. The Kazan Housing Fund was first to take construction years from, then the Ministry of Culture's data, and Rosreestr. After a common merge of the datasets and slight manual editing of information, the map included 37.104 objects.

In 2005, Kazan celebrated its millennium. The oldest stone buildings are about 450 years old, belonging to the second half of the 16th century. One of them is the Cathedral of the Annunciation at the Kazan Kremlin territory. Its construction was completed in 1562, and it is one of the few buildings whose dates are precisely known, which is why it was taken as the oldest building in Kazan.

The graphic shows that the most active construction years fell in the 20th-21st centuries. The number of buildings constructed per year could reach 1.300 in the 1950s and 2010s.

As other similar projects show, the color scheme should preferably progress from warm to cold hues. Along with it, the map should depict its uniqueness and character using its "city colors." Those colors could be taken from remarkable architectural structures, building illumination, city flag and symbol, and even transport.

At first, the standard QGIS Viridis color scheme matched pretty well. It was clear that the map needed a gradation to green and lilac shades, describing green colors of the Äcem and Soltan mosques, the inner hall of the Nurulla mosque, the illumination of the Farmers' Palace and the Söyembikä Tower, trolleybuses, as well as the violet illumination of the main wedding palace "Chalice". 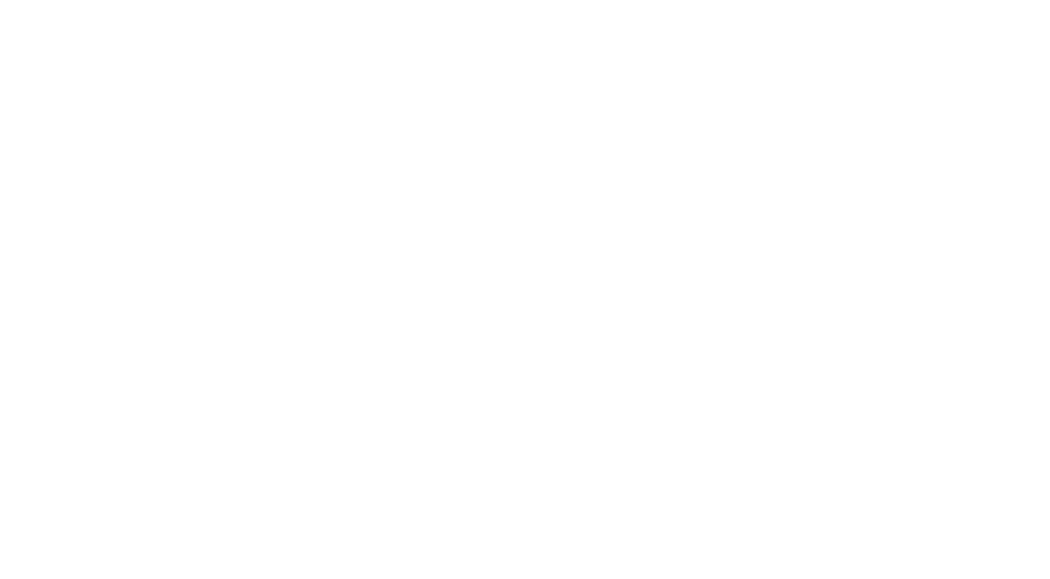 Kazan also has many blue shades, for example, in Kul Sharif mosque, Kazan Cathedral, the Annunciation Cathedral, the Pyatnitskaya and the Exaltation of the Holy Cross Churches.

Photos of the city's residents and guests were a huge source of inspiration. Links to their works are under the photos.
After searching for photos and combining their colors and shades, the map got the following color scheme: 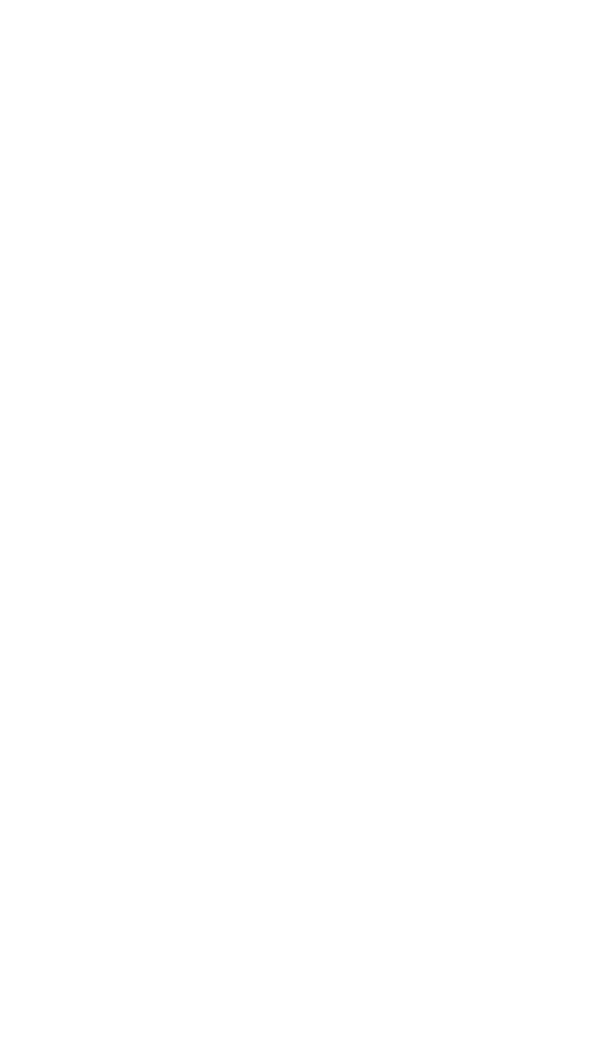 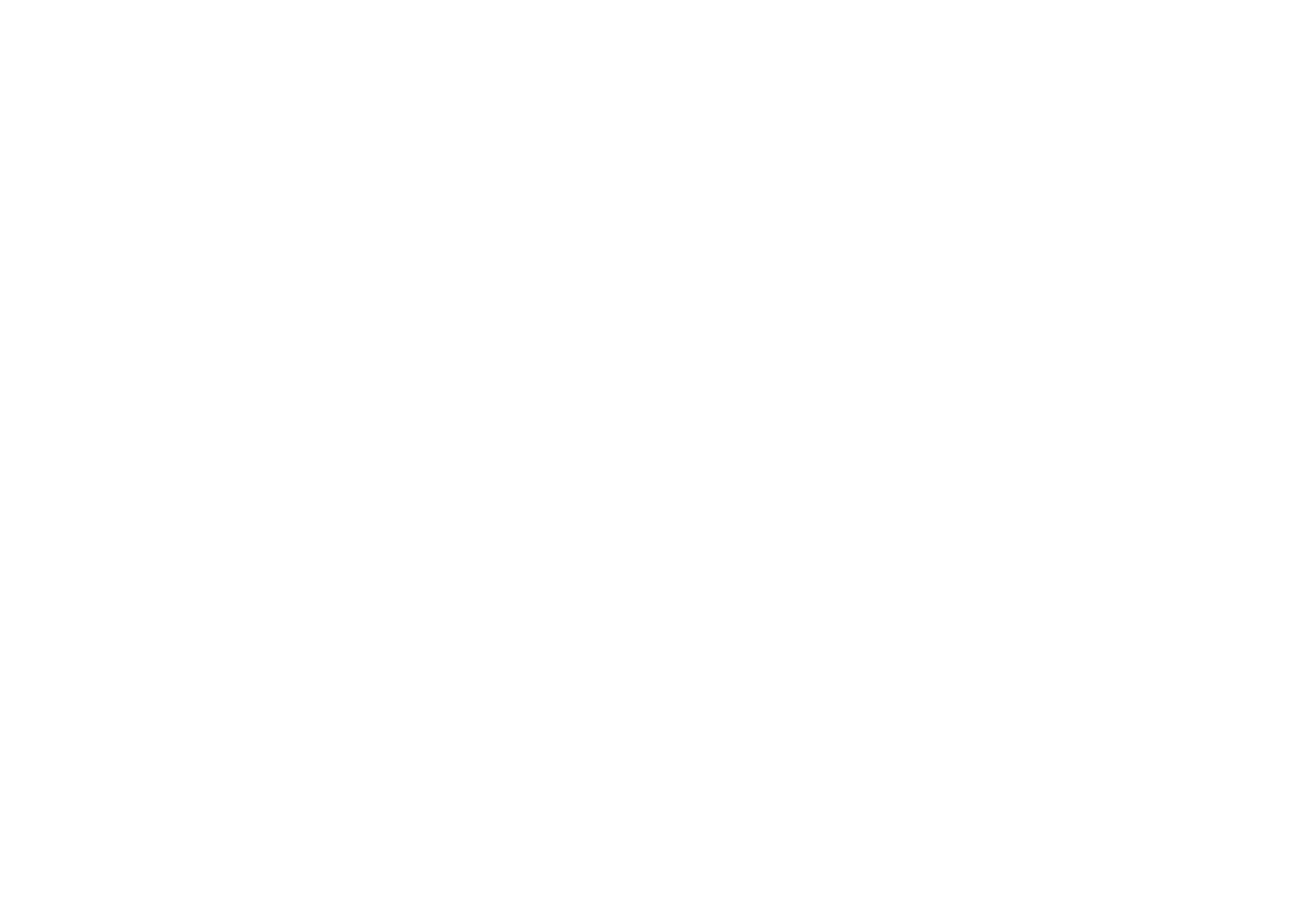 Another exciting solution was a color scale division by historical periods and eras. This approach was already used for the Moscow buildings' ages map by Strelka Mag. However, Kazan was observed at a more global scale, not focusing on the heads of the city; therefore, there are six periods:

ADDITIONAL INFORMATION
In addition to the visual component of the web map, additional information was attached. By clicking on a building, the side pop-up menu shows the architect or author of the building project, architectural style, photo, and links to other sources.

Since Kazan does not have a single unified data source about architects and architectural styles, it was challenging to find and automate this data collection and display. Therefore, it was added manually to some of the buildings at the map preparation stage. We hope for user's enthusiasm to edit and fill in all the missing information (this also applies to the year of construction, photos, and links).

The photos of buildings for the pop-up window were taken from Wikimapia users. They were downloaded and added using API requests. For those who want to read more about buildings' history, two additional fields were added with links to Wikipedia and other possible sources.
POSTER
The transition from the fiery historical center to the young periphery in green and lilac looked cosmic and begged for a poster. The poster was based on the same color scheme and division by historically essential periods.

Preparation of the poster was another joyful process, exporting SVG layers from QGIS and importing them into Adobe Illustrator. The laptop continually froze, uploading and processing all these heavy files. It could take an hour to wait for the action to be performed, whether it was a text movement, layer cut with a mask, or even a simple selection of objects. In total, the map took another few weeks, but it was still fascinating, and the result was worth it.

Eventually, the poster, sized 50x70 cm, is available for order here in three versions: in a poster tube, on a foam board, or framed. 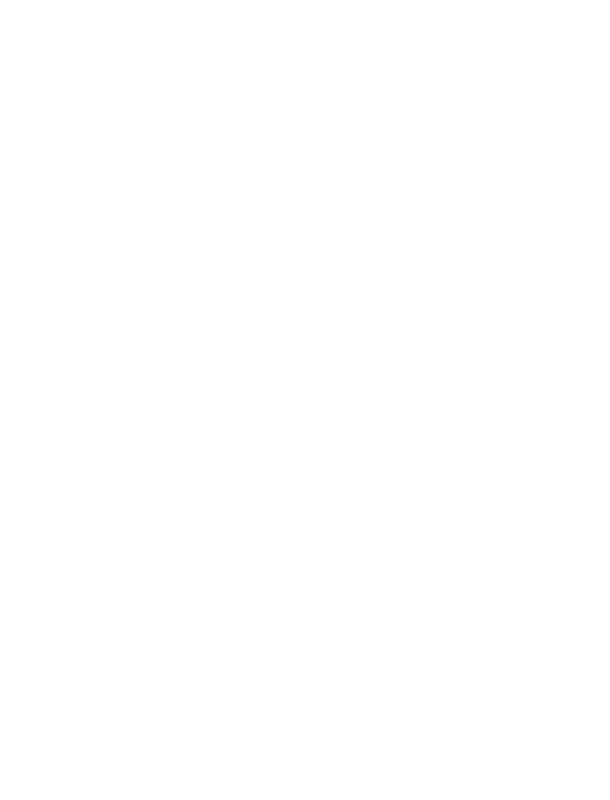 A smiling lady from Printful is holding a virtual poster
THANKS TO
● My co-author Nikita Slavin who inspired me with his Saint-Petersburg successful example and invited to be a part of the team, designing buildings' ages maps for Russian cities. He helped, supported, and advised on any issue throughout the entire process;
● Favorite International Master's programme in Cartography, without which I would not have had so many like-minded people, faith in myself, and desire to create;
● All my friends and colleagues whom I contacted to ask something or get advice at different stages of the project!

Geosemantica is our dear partner in web mapping.

All the wonderful work would not happen if it were not for the best master of science programme Cartography M.Sc.
Contacts